To safely navigate coronavirus awareness and prevention, we are taking extra steps to relieve patient concern in ways that reduce potential exposure to the virus. Please review our appointment options and informational links regarding Coronavirus/COVID-19. We remain vigilant in our efforts to serve our patients while helping you to make safe and informed choices during this time.

Our office offers a friendly, family-like atmosphere.  We enjoy seeing the many faces of patients that have been a valued part of our practice.

It is our mission to promote excellence in health care, the prevention of disease, and the health of the citizens of Huntsville and its surrounding communities. As family medicine practitioners, we are trained to take care of the entire person, regardless of age.  Our goal is to help you and your family stay active and healthy throughout your lives.  In addition to managing your chronic medical problems such as diabetes, heart disease, hypertension, and other diseases, we are also happy to help you manage your day-to-day illnesses and injuries.

We love being part of the Huntsville community and look forward to offering you the care you need to live a healthy, long life.  If you have any questions about the services we offer, please contact us to ask.

Everyone gets sick from time to time. Whether you catch the latest bug from your children (who love to share with their friends) or just feel like something isn't right, it is our goal to make you well.

While specialists are often necessary for particular conditions, we can reliably and skillfully perform many procedures in-office to save you time.

Our team of physicians and practitioners are experienced in helping patients through gender specific healthcare needs.

For many women, relying on their primary care provider to perform their annual gynecological checkups is not only a way to potentially save time, it also allows us to consider a patient's whole-health history.

Though bodies are beautiful in all sizes, not all bodies deal well with extra weight. Just a few additional pounds can mean bad news for anyone at risk for potentially serious health problems, such as diabetes and heart disease-- even some types of cancer.

How do you know when you're overweight?

It doesn't always boil down to how your clothes feel or how you look in a bathing suit. Apart from determining your body mass index (BMI) to know what your overall weight should be for your height, other factors, such as high blood pressure or elevated blood sugar levels, may indicate your weight could be part of the problem.

What can a doctor do about it?

Sometimes, correcting a few extra pounds requires no more than adding a 30 minute walk to your daily routine or making minor changes to your usual diet. But, sometimes, getting to a healthy weight requires some extra help. In either case, our team of practitioners can help you determine the best methods to realistically achieve a healthy weight.

If making some changes to daily routine and diet aren't enough, our practitioners will talk you through your options for using medication to assist with weight loss.

Common medications for this purpose (some of these websites make available excellent information for healthy weight management, as well):

If you are an existing patient, and interested in discussing the use of any medication to help achieve your weight loss goals, contact us to schedule an appointment today.

(**Please note that some insurance plans do not cover the use of weight loss medications, so you may want to first check with your insurance provider.) 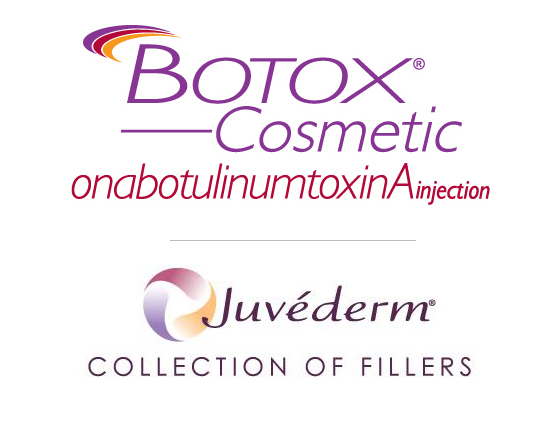 Whether you're trying to look your best for a special occasion or are interested in making your outside look as youthful as you feel on the inside, BOTOX® and JUVÉDERM® cosmetic injections are the most popular and trusted non-surgical methods to reduce the signs of age.

JUVÉDERM® is a collection of dermal fillers that delicately plumps and smooths in the wrinkles and crevices impacted by environment, age, or lifestyle. Areas of concentration usually include laugh lines and lips.

Before and After Photos

Dr. Wallace began practicing medicine in Huntsville in 2000, and began her private practice in August of 2001, when she joined Dr. William English. After Dr. English retired in 2005, Dr. Wallace continued caring for her patients, in addition to many of those previously cared for by Dr. English.

In 2008, our office relocated to Lowe Avenue, where we stayed until 2015. Now in the Synovus Bank building on Whitesburg Drive, we are more conveniently located away from the Medical District. Our team has also benefited from the addition of our experienced (and much loved) nurse practitioner, Courtenay Simmons.

Dr. Wallace earned her undergraduate degree in Biology from the University of Missouri--Kansas City in 1995. The following year, she completed the six year BA/MD program at the UM-Kansas City School of Medicine. In 1999, Dr. Wallace finished a three year residency program in Family Medicine at the Medical University of South Carolina.

Karen Anthony has lived her entire life in Huntsville. Having worked in the medical field for over 20 years, beginning with Dr. English in 1987, she has worked as an office administrator for the last 14+ years. Karen has served in this capacity for the entirety of Dr. Wallace's tenure at this office.

Log into our Patient Portal to make appointments, send us secure messages, or check on updates to your records.

We are located on the second floor.

It is best to park in the back lot and enter through the door on that side.

When entering from the back of the building, the elevator will be on the right.

Hallway to the suite

After exiting the elevator, follow the hallway to the end.

Like many other Web sites, www.drkarawallace.com makes use of log files. The information inside the log files includes internet protocol ( IP ) addresses, type of browser, Internet Service Provider ( ISP ), date/time stamp, referring/exit pages, and number of clicks to analyze trends, administer the site, track user’s movement around the site, and gather demographic information. IP addresses, and other such information are not linked to any information that is personally identifiable.

We currently work with no advertisers and collect only the anonymous data listed above and any information necessary to provide you with quality care.  Any information we receive remains within our office and is not shared with any other party.